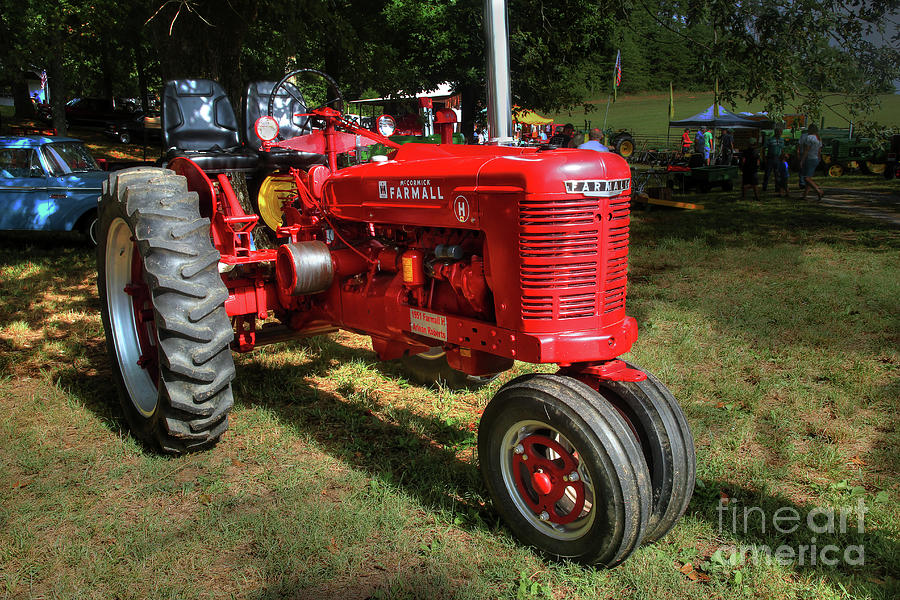 The Farmall H, produced by International Harvester under the Farmall brand from 1939 to 1954, is a two-plow[1] row crop tractor. It was the most widely-produced of International Harvester's "letter series", with approximately 390,000 produced over the 14-year run. The H is equipped with a 4-cylinder engine with a 152-cubic-inch (2,490-cubic-centimetre) displacement and a 6-volt, positive ground electrical system with generator, (when so ordered or retrofitted). The transmission contains six total gears: five forward and one reverse. It was the smaller of the two prominent row crop tractors produced by IH from the late 1930s to the early 1950s, along with the Farmall M and its variants, yet could still use the same implements.[2]

In 1953 and 1954, International Harvester produced the Farmall Super H, which featured larger engine displacement and more horsepower than the standard Farmall H. About 29,000 Super H tractors were produced.[2] A high-clearance variant for farming vegetables and other high crops was also produced: the Farmall HV.

Thanks! I really appreciate it!